The Waterville Baptist Church is one of the oldest churches in Central New York. It was originally named the First Baptist Church of Sangerfield. Meetings were held in private homes in the fall and winter of 1797. On April 14, 1798, eight people met in the home of White Osborn in Sangerfield, to discuss the possibility of beginning organized services. Their concern was “to consider what measures were best under present circumstances to keep up the public worship of God.” The decision was made to move forward.

The earliest organized services were held in the home of Benjamin White, the first settler in Waterville. His home was located on the site of the present Post Office and Dollar General on Main Street. On December 10, 1798, seventeen members accepted the proposed Articles of Faith and Church Covenant and the church officially began.

In December 19, 1798, ministers and members from churches in Fairfield, Whitesboro, Paris, and Hamilton met to examine the church’s Articles of Faith and Covenant. They were approved, and the church was given the “right hand of fellowship.” At this same meeting, Joel Butler was given charge of the church, as its first pastor. He continued to serve as pastor until 1805.

The first church building was erected in 1800. The 40’ x 50’ building cost $400 and was paid for in produce. The steeple was completed the day Waterville residents heard that the War of 1812 had ended. To mark the occasion, a sailor climbed the steeple and placed a burning candle at the top.

In 1832 a brick building was constructed slightly southwest of the frame building. This building would serve the church for another 181 years. The property was donated to the church by Benjamin White in 1803. The portion of land donated included the entire “flat-iron tract” in the center of Waterville. 10,000 bricks from the Waterville area were used in the building. Around 1872, a foyer was added to the front of the building, as well as structural changes made to the steeple. Due to repeated lightning strikes, the main part of the steeple was removed in 1948. The bell tower and clock needed to be removed in 1981. 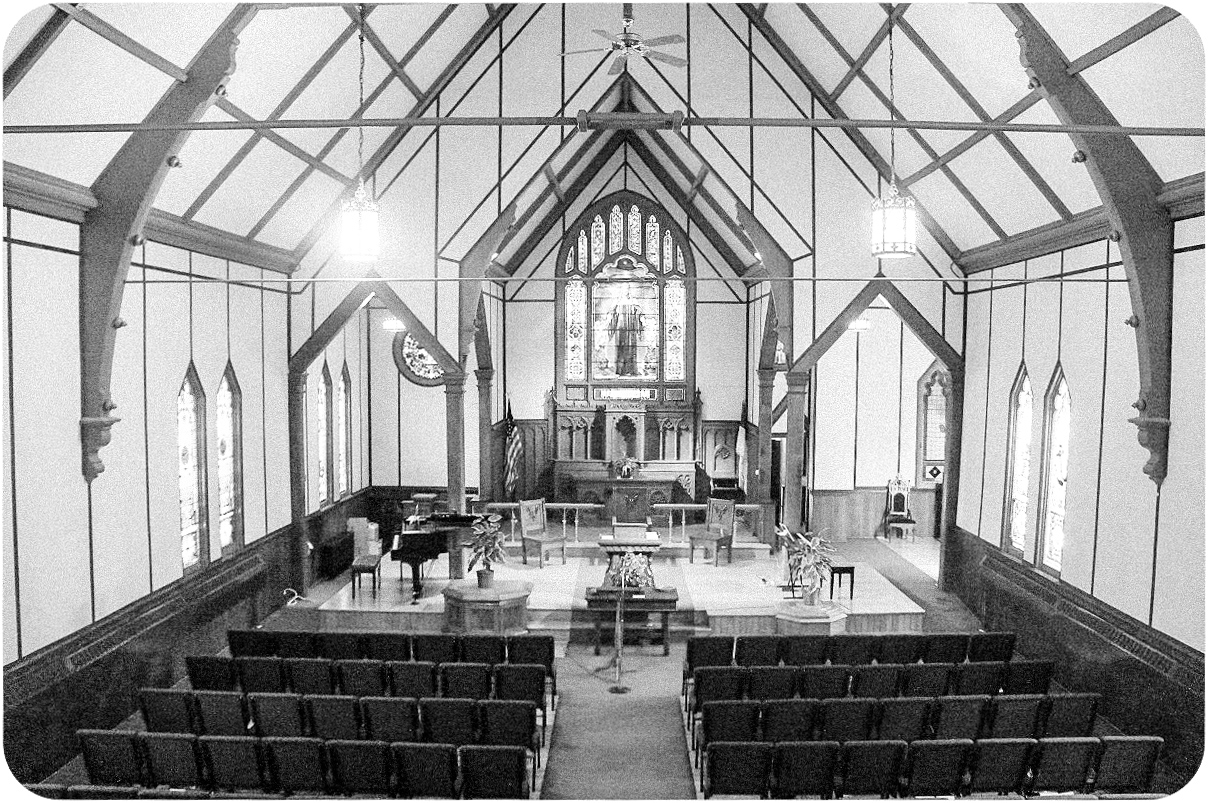 The current Gothic Revival Board and Batton style building was designed by architect Thomas J. Jackson for the Episcopalian assembly after they outgrew their original facility on White Street. Initially the church was 36 x 75 feet with a tower of 52 feet. With the spire, the building reached 100 feet. Stenciled walls decorated the interior, as well as a Tiffany window. In 1934 the building was redecorated and the stencils covered. A chapel was added in the back in 1942. 1n 1989, the current pipe organ was purchased. Modest renovations which included the addition of three bathrooms and a slight change to the auditorium were completed in 2013, with care to preserve the historical design of the sanctuary.